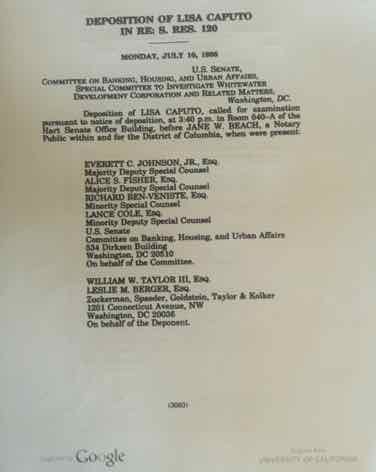 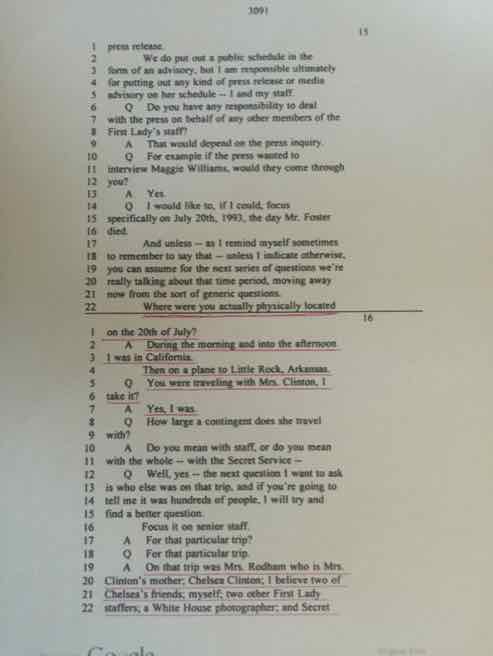 Press reports confirm that Hillary Clinton had travelled to the G-7 Summit in Japan in early July, 1993, with her mother.  Following the Summit, President Bill Clinton returned to Washington, DC.

Hillary Clinton and her mother toured Japan, visited Korea, and flew to Hawaii where they met Chelsea and two of her friends.

Lisa Caputo's testimony confirms that when Mrs. Clinton returned to the United States, she landed in California, before taking her mother home to Little Rock, Arkansas on July 20, 1993.

The latest misstep by the FBI covering-up the murder of Vince Foster is easily exposed.

Ronald Kessler claimed that, according to FBI agents, Jim Clemente and Coy Copeland, Hillary Clinton humiliated Vince Foster, a week before his death, in front of the White House staff, which triggered his "suicide."  This story is obviously false.  Hillary Clinton had been thousands of miles away when FBI agents say she was humiliating Vince Foster.  Read more