On the night of Vince Foster's death, July 20, 1993, the Park Police went to the Foster home to notify the family and interview them as part of their investigation.  The police arrived at the home at the same time as Foster's sister Sheila Anthony.

Park Police Investigator John Rolla testified to the Senate Banking Committee, “Sheila Anthony was talking with us, I spoke to her, [Investigator] Cheryl [Braun] spoke with her, she was very cordial.  I remember asking her, did you see any of this coming, and she stated no.  Nobody would say anything about depression or that they noticed some signs, they were worried.”

Foster's widow Lisa was also interviewed by Investigator Rolla. His FBI 302 report states,  “[Rolla] does recall eventually conversing with Mrs. Foster specifically asking her if she had any indication that anything was wrong with her husband, with Mrs. Foster responding in the negative.”

Four days later on July 24, the family, through Sheila's husband Beryl, was still denying Foster was depressed.   The Washington Times reported, “'Close friends told [Foster] to cool things and relax and not take things so personal,' the [anonymous] source said, citing Mr. Foster's ex-brother-in-law, former Rep. Beryl Anthony, as one who had talked to Mr. Foster about his depression...'There's not a damn thing to it.  That's a bunch of crap,' Mr. Anthony said yesterday, slamming down the telephone at his El Dorado, Ark. home.”

The Washington Post concealed that the family told the police Foster was not depressed by falsely reporting. “Police who arrived at Foster's house the night of the death were turned away after being told Lisa Foster and family members were too distraught to talk.  Investigators were not allowed to interview her until [July 29.]”

Walter Pincus, a Washington Post reporter, was at the small Georgetown townhouse when the police investigators interviewed the family for over an hour and were told Foster was not depressed.

Eventually the press began to report Foster was suffering from depression.  The Washington Post reported that Foster's “weight plummeted.”  On August 9, 1993, The New Yorker published an article by Sidney Blumenthal—soon to become a Clinton confidant—that said Foster had lost 15 pounds due to depression.   Gradually family members changed their stories from what they first told the Park Police.

The 1994 report of an FBI interview of Foster's sister Sheila, like The Washington Post, concealed that she spoke to the police the night of Foster's death by falsely stating, “ANTHONY has not been interviewed previously by either the United States Park Police (USPP) or the Federal Bureau of Investigation (FBI) regarding the death of her brother.”

Sheila's FBI interview states,  “Foster began to lose weight during the last six weeks prior to his death and weighed much less than he had weighed in January 1993.  ANTHONY is unable to estimate the amount of weight Foster lost in terms of pounds.”

The evidence does not support the claims by Blumenthal that Foster lost 15 pounds and Sheila's account that he “weighed much less”.   Foster had a physical on December 31, 1992, before coming to Washington and he weighed 194 pounds.  At the autopsy, July 21, 1993, his body weighed 197, a net gain of 3 pounds.

Sheila's FBI report further states that her brother called her on July 16, to tell her he was “battling depression.”  Foster's widow, Lisa told the FBI “he mentioned his depression to her on approximately July 16.”  If these FBI reports are true, why did the family deny Foster was depressed when police asked them on the night of Foster's death?

The Washington Post has played an active role with the FBI in covering up the truth about the death of Vince Foster.   On May 23, 2016, The Washington Post continued the cover-up by publishing an interview in which presidential candidate Donald Trump called Foster's death “fishy” and then on May 26 publishing a column by Foster's sister Sheila scolding Trump and repeating the story that Foster was depressed.

"[Donald] Trump cynically, crassly and recklessly insinuated that my brother, Vincent W. Foster Jr., may have been murdered...” wrote Vince Foster's sister Sheila Foster Anthony, “Vince called me at my office in the Justice Department a few days before he died.  He told me he was battling depression and knew he needed help...I told him I would try to find a psychiatrist who could help him and protect his privacy. After a few phone calls, I gave him three names. That list was found in his wallet with his body at Fort Marcy Park in McLean. I did not see a suicide coming, yet when I was told that Vince was dead I knew that he had killed himself. Never for a minute have I doubted that was what happened."

Later that same day The Washington Post then reported that Trump said Vince Foster should not be part of the presidential campaign.

Sheila's latest story again contradicts what she told the police the night of her brother's death.  But there is something new and suspicious in her latest story.  She states for the first time her brother's wallet with a list of three psychiatrists was “found with his body.”  This is a new twist.  How does she know his wallet with the list was “found with his body?”

There is a significant problem with the contradictory police stories about finding a wallet and list in Foster's car.  Eyewitnesses at Fort Marcy Park did not see Foster's car at the park.  Associate Independent Counsel Brett Kavanaugh was asked what evidence he had to prove Foster's car was at the park and Kavanaugh said, “I guess that is an unanswerable question.”

The Special Division of the U.S. Court of Appeals ordered Kenneth Starr, over his objection, to include an appendix in his report on the death of Vincent Foster.  The appendix includes copies of twenty-five federal investigative records, proving six areas of cover-up:

2.     Photographs of the bullet hole vanished.

The appendix in Starr's report on Foster has been suppressed by the press.  The Washington Post has a link for the “full text” of Starr's Report, but if you follow the link to view the actual report it states, "This is the full text of the report on the 1993 death of White House counsel Vincent W. Foster, Jr., compiled by Whitewater independent counsel Kenneth Starr…This file does not contain the report's footnotes or appendix.”

The footnotes left out were significant.  For example, on page 21, Starr wrote that the witness Patrick Knowlton saw a “rust brown car with Arkansas license plates.”  In a footnote they say that Foster's car was a “gray Honda Accord with Arkansas plates” and Starr made nothing of the color discrepancy on the same page.   The Post dealt with this discrepancy by leaving out the footnotes.

Associate independent counsel Miguel Rodriguez, the lead investigator, resigned from Starr's staff and wrote in his resignation letter that Park Police and FBI reports of the investigation on Foster's death did not accurately reflect witness statements.  An internal memo by Rodriguez found at the National Archives stated that a gun was planted by police in Foster's hand before the crime scene was re-photographed.  Audio recordings of Rodriguez reveal how the cover-up of Foster's murder was orchestrated inside the Office of Independent Counsel and the press controlled how it would be reported.

What are her thoughts about the court ordered appendix to The Report on the Death of Vincent W. Foster, Jr., by the Office of Independent Counsel In re: Madison Guaranty Savings & Loan Association? Is she not troubled by the clear indications of a cover-up in the case of her brother's death?  Why would she join forces with an organization like The Washington Post, which has been a major participant in the cover-up from the beginning? 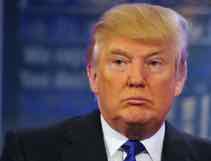 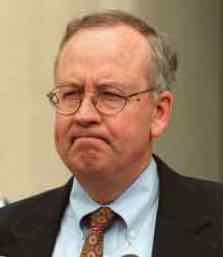 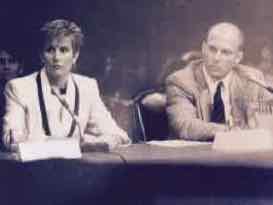 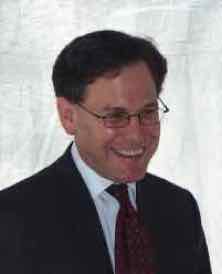 Vince Foster's sister Sheila was questioned by the Park Police on the night of her brother's death.

After The Washington Post published a rebuke of Donald Trump by Foster's sister Sheila the Post reported Trump did not think Vince Foster "should be part of the campaign."

Kenneth Starr was ordered by the US Court of Appeals to include evidence of the cover-up in his report on the death of Vince Foster.

Presdent Donald Trump nominated Brett Kavanaugh, the head of the cover-up of the murder of Vince Foster, to be a Supreme Court Justice. 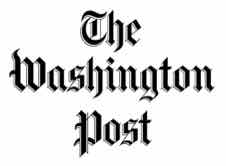 The Washington Post has been a major participant in the cover-up from the beginning. 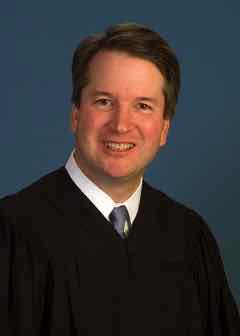