In Honor of Reed Irvine 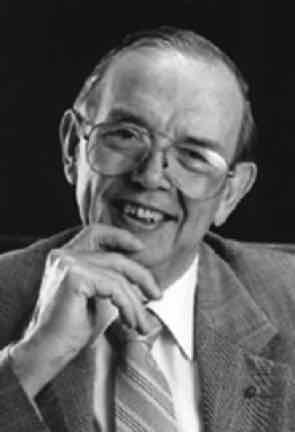 Reed Irvine was the founder and chairman of Accuracy in Media, in Washington, D.C.  He routinely spoke with journalists, media executives, newsmakers, and government leaders gathering facts and encouraging members of the press to report the news accurately.

Always a gentleman, Reed used patience, wit, and charm to encourage people toward the truth.  In order to be accurate he legally tape recorded telephone conversations and interviews.

He was not afraid of being ridiculed for taking controversial or unpopular positions in pursuit of the truth. He sought a full accounting of POW/MIAs, investigated the death of Vincent Foster, TWA flight 800, the Oklahoma City Bombing, and Waco Massacre.

Reed taught us valuable life lessons and helped us cultivate good relationships, even with detractors and enemies. His honesty polite manner earned him the respect of his opponents. It was a privilege for us to have him as a friend.  He was a true American hero that fought for fairness, truth, honesty and accuracy in the media.

Reed can be heard in his own words in the recorded conversatons he left us.

I didn't lust for fleeting fame

Or dream of ill-gotten booty.

I valued more my unstained name

And devotion to my duty.

Cursed are those whose god is gold

Amassed at any cost

And so are those whose road to fame

Is strewn with loved ones lost.

May I be blessed with love sincere

From those whose love I cherish.

And may my progeny revere

My example when I perish.

And when there tolls the final bell

And life winds to its end.

I pray that those who knew be well

Will proudly call me friend.

Reed and Ambrose Evans-Pritchard, the correspondent for the London Sunday Telegraph 10/28/95   Part 1

Ken Starr's associate Independent Counsel Kavanaugh authored the first 114 pages of the official report on the death of Vincent Foster.

Associate Independent Counsel Brett Kavanaugh is asked by Reed Irvine what evidence he has that Vince Foster's car was at Fort Marcy Park when Foster was dead.