Associate Justice Brett M. Kavanaugh and his ongoing cover-up of the murder of Vince Foster 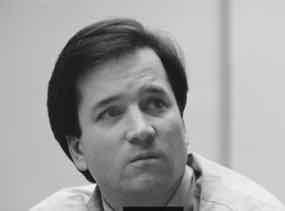 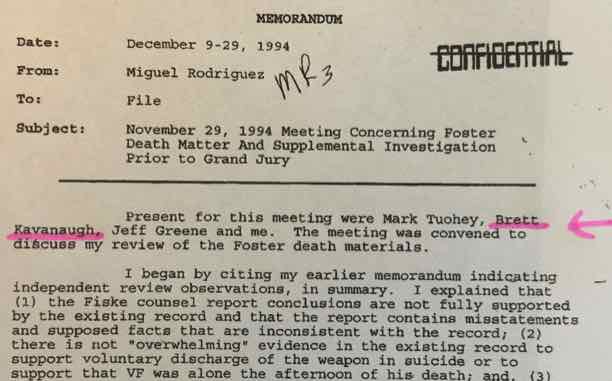 Brett Kavanaugh knew about the bullet wound in Foster's neck. 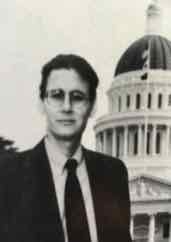 The investigation of Foster's death by Associate Independent Counsel Miguel Rodriguez was blocked and he was forced to resign.

Miguel Rodriguez was forced to step down.

Brett Kavanaugh was picked by Ken Starr to replace Rodriguez. 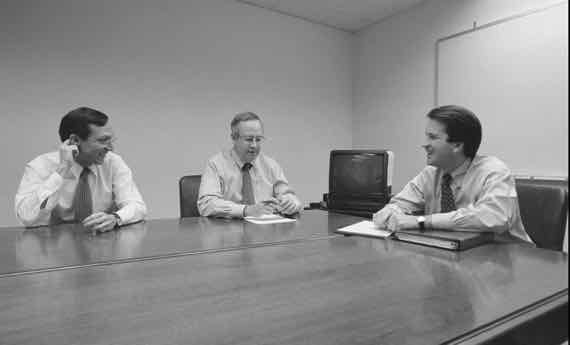 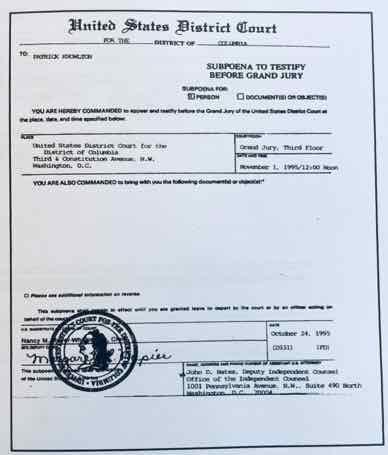 Knowlton's subpoena to testify before the grand jury. 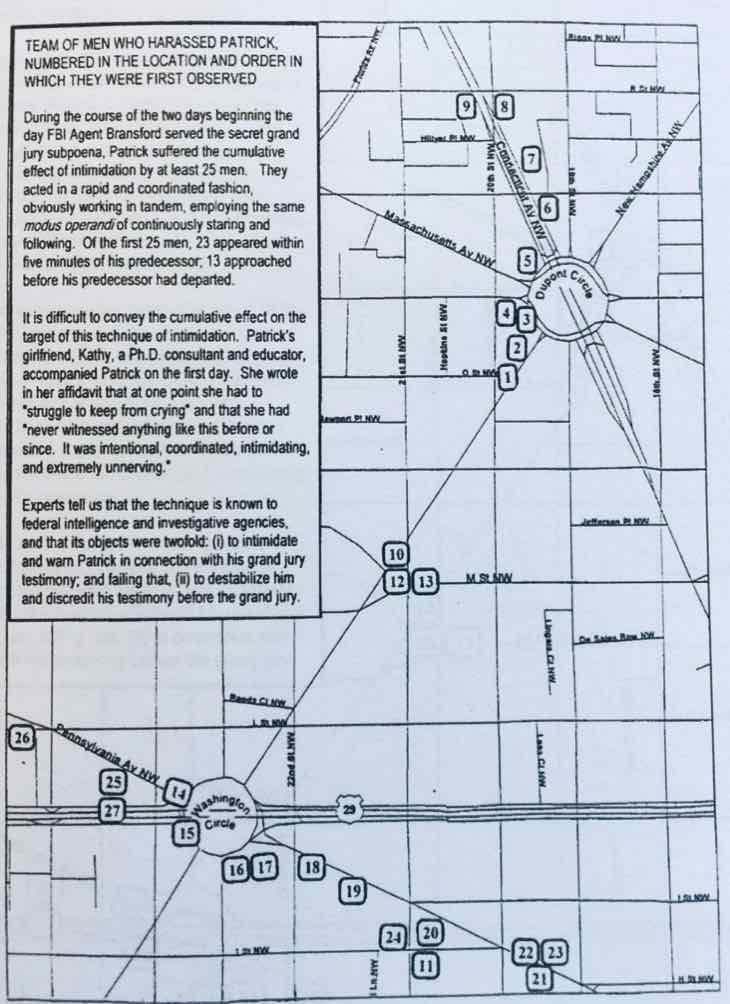 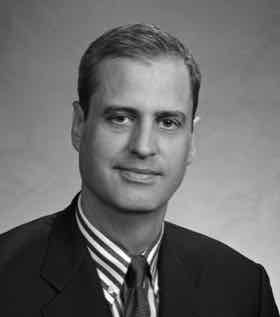 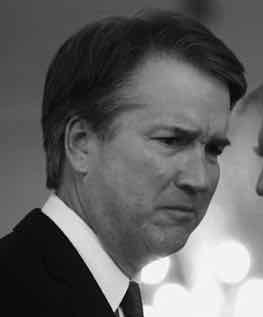 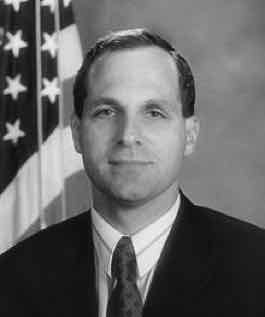 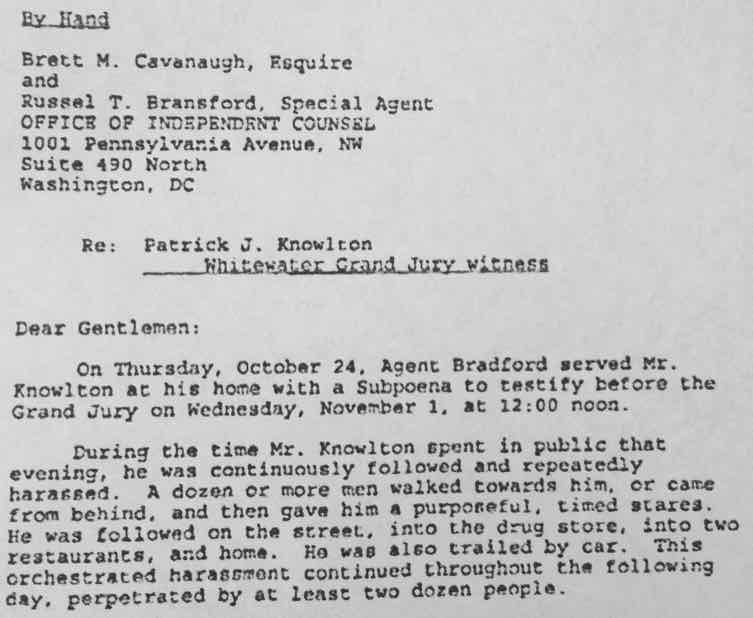 Excerpt of November 1, 1995 letter from John Clarke to Louis Freeh and Brett Kavanaugh.

Transcript of Patrick Knowlton on his grand jury testimony:

I remember when I went to the grand jury.  And towards the end of this 2 ½ hour interview, I was asked by Brett Kavanaugh to step outside of the grand jury room so the grand jurors could ask questions.  When I re-entered the room, Kavanaugh first asked me if I was sure that someone else didn't see me in the park?  And I replied that I hoped that someone else had seen me in the park.  Then, he sarcastically asked me whether I came forward to the authorities because I was a good citizen or a good Samaritan?

Then, John Bates who was seated behind me leaned forward and passed a note to Brett Kavanaugh, from which Kavanaugh read the following questions,

And lastly Kavanaugh asked me, "Did the man in the park touch your genitals?"

I looked at him and I was in shock.  I was dumbfounded.  I couldn't believe he asked me such a question.  Of course, I replied, "no."

As I left the grand jury I was puzzled why the grand jurors would ask such questions?  And as soon as I saw my attorney, John Clarke,  I repeated verbatim the last questions I was asked.  Now we know those questions, were designed by John Bates and Brett Kavanaugh.  They wanted to discredit me, and my testimony.

Bates and Kavanaugh knew Foster's car, that gray car, was not in the parking lot when Foster was dead.  They also knew that all of the other witnesses and I all saw the brown car in the small parking lot.   No one in that park saw that Foster's gray car.

The press and the government claim that Vincent Foster drove to the park and shot himself.  The fact is, Foster did not drive to the park.  He did not commit suicide. 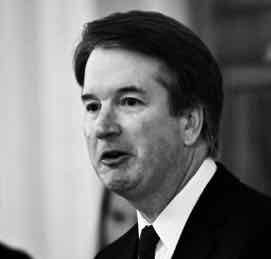 Brett Kavanaugh asked, "Did the man in the park touch your genitals?

Excerpt from typed message from Deputy Independent Counsel Hickman Ewing where Brett Kavanaugh admitted, "I did ask him about sexual advances by the other man in the park."  Brett said, "I am worried about that." 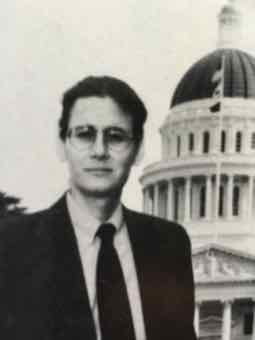 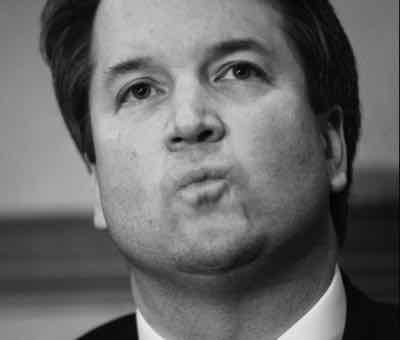 Kavanaugh told Hickman Ewing in a voice message, "...get him off the genitalia part.  I'm worried about that."

When Miguel Rodriguez learned that Kavanaugh asked Knowlton about genitals he said, "How could Brett stoop that low. I can't believe Brett did that...What they are trying to do is discredit [Knowlton] by making him out to be a homosexual cruising at a park.  The reality is we had this fight a year ago, and I was literally irate with Tuohey and the FBI agents who were snickering and laughing with Brett about this." 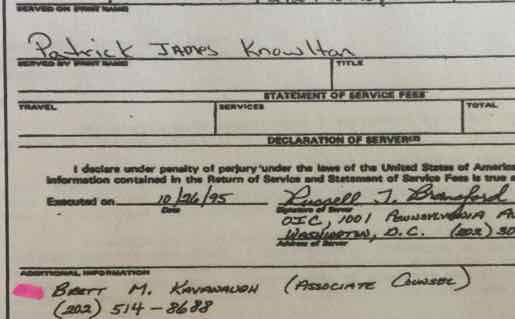 Christopher Ruddy protected Brett Kavanaugh.  Ruddy assured Kavanaugh that he would not report that Kavanaugh tried to discredited Knowlton, by asking Knowlton if the man in the park "touched his genitals."

Ruddy recommend to President Donald Trump that he should nominate Brett Kavanaugh to serve on the U.S. Supreme Court. 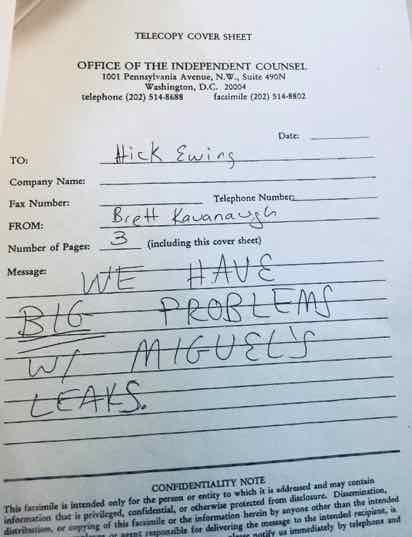 After he was forced to resign, U.S. Attorney Miguel Rodriguez informed over 100 journalists about the murder cover-up.  Rodriguez told Reed Irvine:

They went to all the trouble of writing, and then it got killed... Again, I spent… six hours with [Steve] Labaton, and I know the guy knows… [and]I know the New York Times has it  and just won't… do anything about it.  Reporters that I've spent a lot of time with called me back and said the editors won't allow it to go to press. The accepted media here has always had a certain take on all of this.  And there's been story lines from the get-go.

Kavanaugh wrote the Report on Foster's death and cleverly concealed evidence of Foster's murder.  For example, on page 89, he wrote that C2 [Knowlton] saw a briefcase "in a car with Arkansas plates" to imply that Knowlton saw Foster's car at the scene.  Kavanaugh knew that Knowlton insisted that he did not see Foster's car and that he saw an older car of a different color.

Reed Irvine told Kavanaugh that his report was "intellectually dishonest."

Miguel Rodriguez told Reed Irvine about Brett Kavanaugh.  "The young aspiring people who I used to work with back in that office – who will, will say and do what they have to, to move up the ladder."

President Bush hired Kavanaugh as a White House staffer, and later nominated him to serve on the US Court of Appeals for the DC Circuit. 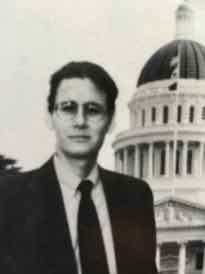 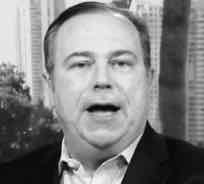 President Bush moved Kavanaugh up the ladder by appointing him to the U.S. Court of Appeals. 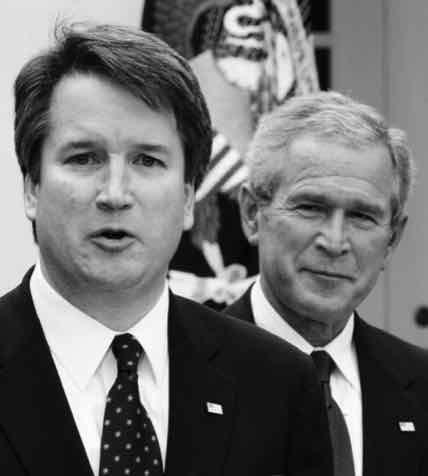 Letter to the U.S. Senate Judiciary Committee on the nomination of Brett Kavanaugh

For further reading about Brett Kavanaugh

Is the Fix in for Trump's Supreme Court Nominee

"You don't tape these conversations do you Reed?"

Kavanaugh told Hickman Ewing it was a big problem that Rodriguez was speaking to the press. 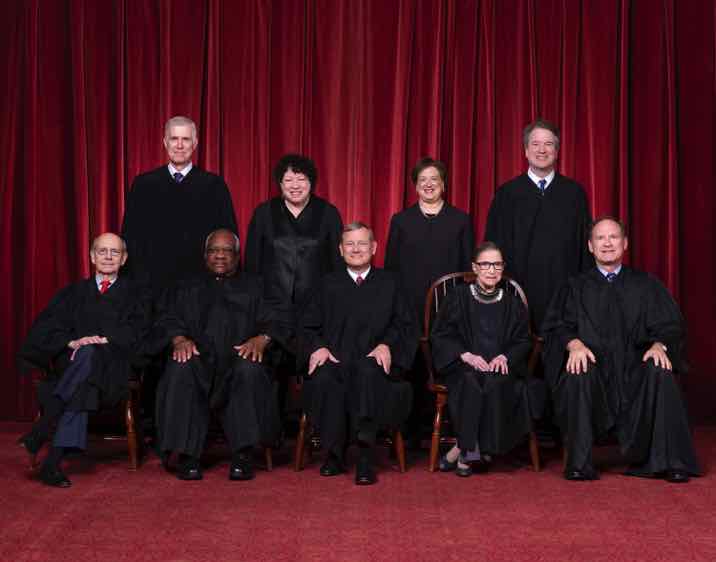 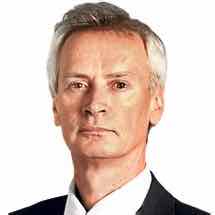 My Sinister Battle with Brett Kavanaugh Over the Truth

President Donald Trump moved Kavanaugh up the ladder appoinnting him to the Supreme Court.