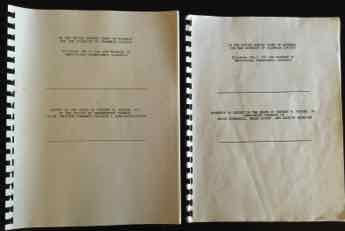 The Report on the Death of Vincent W. Foster, Jr., by the Office of Independent Counsel In re: Madison Guaranty Savings & Loan Association (Volume One, Volume 2)

The 137-page Report is available online at Michigan and Purdue University and from the United States Government Printing office as document number 028-004-00095-8 for $14.

The judges that appointed the independent counsel were concerned with "be[ing] charged as conspirators in the cover-up," in the words of Judge John Butzner.

The three-judge panel ordered evidence of the cover-up be included in the final report.

Correspondence between Judges John D. Butzner, Peter T. Fay and David B.Sentelle is found in the papers of Judge Butzner at the Univeristy of Virginial Law Library.

The American media has completely suppressed the true length and contents of Starr's report and misinformed the American people that Vincent Foster killed himself.

Christopher Ruddy, the leading "critic" of the Clintons and the official investigations also misinformed the public.

"[I]t is manifest that the Report [Starr's Office of

which refutes the FBI's repeated official

conclusion of suicide in the park."

"The [Office of Independent Counsel's] use of

the FBI in this matter undermines both purposes

of the [Ethics in Government Act]."

invesigation into the case, FBI participation was

"The FBI concealed that Mr. Foster's car was not

in the Fort Marcy lot by the time he was dead...

Mr. Foster could not have driven to the park in

"[Witness tampering was] to intimidate and warn

Patrick in connection with his grand jury

"The FBI knew that Mrs. Foster could identify

only a silver gun, so FBI agents showed her a

silver gun, told her it was found in Mr. Foster's

hand, and falsely reported that she identified the

"The FBI concealed the gunshot wound in Mr.

Foster's neck by...concealing the contents of the

that the 35 mm photographs were unclear...

wound in the right side of Foster's neck..."

Judge David Sentelle with judges Fay and Butzner ordered evidence of the cover-up submittted by Patrick Knowlton to be included as part of the final Report on Foster's death, over the objections of Kenneth Starr.

The Report on the death of Vincent W. Foster, Jr. 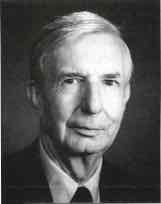 "[Knowlton] contradicts specific factual matters and takes issue with the very basics of the report filed by [Kenneth Starr]."

"I suspect that if we deny [Knowlton's] motion we will be charged as conspirators in the cover-up."

By order of the U.S. Court of Appeals,

that Vincent Foster was murdered